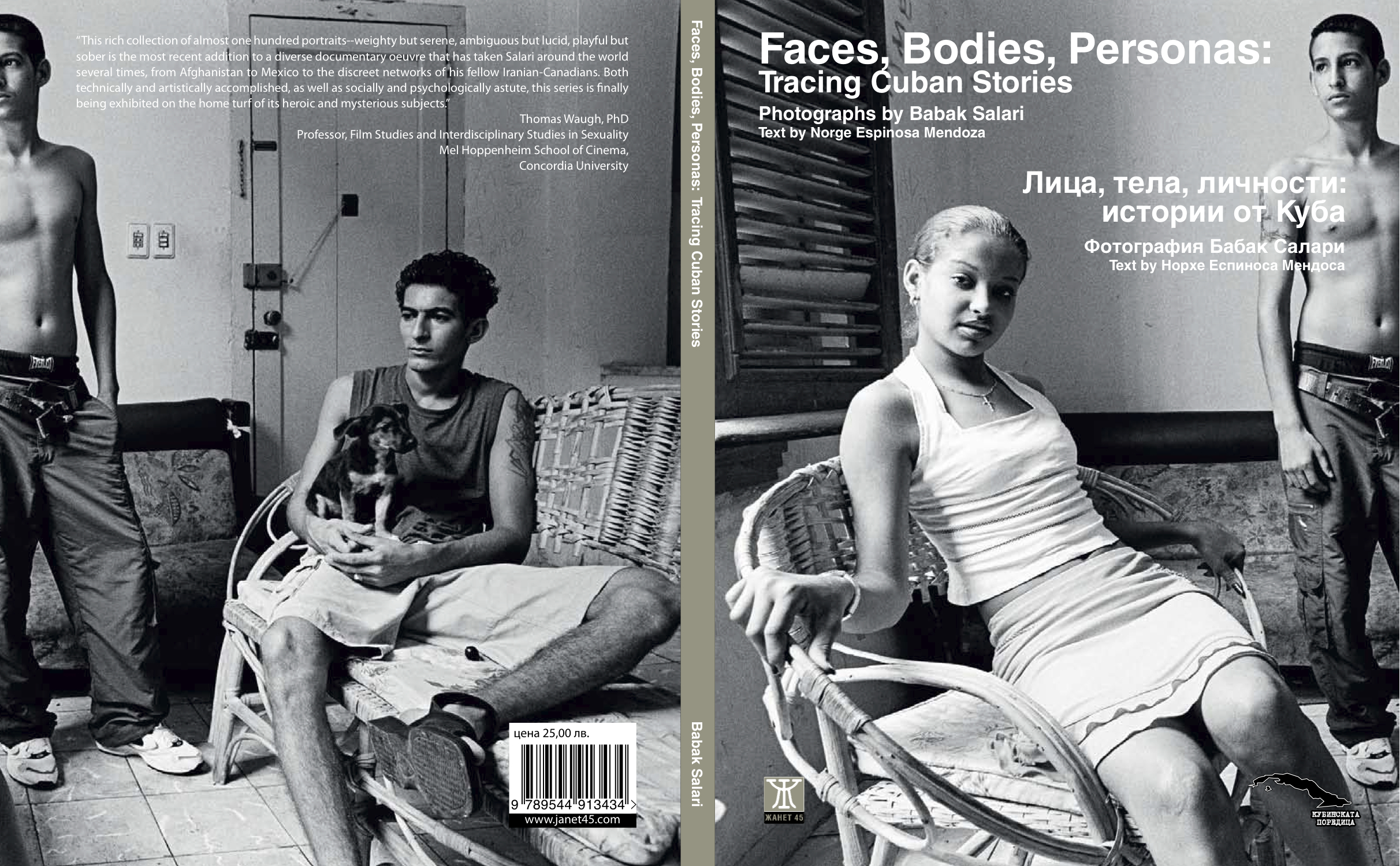 Living any form of alternative lifestyle in contemporary Cuba is a complicated proposition. Even to be Cuban is to be isolated – and not only from the political and eco- nomic rhythms of the rest of the world, but the social and psychological currents as well. So to be gay on the enigmatic island is to enter into the realm of the outsider’s outsider, a netherworld of sexual and identity politics where merely waking up can become an existential journey. For sure, the days when homosexuality was considered a crime by the eager social engineers of the revolution are long gone. In 2010 Fidel Castro even went so far in an interview with the Mexican newspaper La Jornada to express his regret over “moments of great injustice” to Cuba’s gay community. But still today certain aspects of homosexual behavior – holding hands in public, for instance, and other outward shows of affection – can bring official sanction in the form of arrest, steep fines or the loss of a job, and a long-standing and powerful cultural tradition of machismo only contributes to the forces of marginalization. In Cuba, to live openly as a queer, a lesbian, a transvestite or gay man invites considerable risk.216 Journal of Latin American Geography

In Faces, Bodies, Personas: Tracing Cuban Stories, the Canadian-Iranian photog- rapher Babak Salari focuses his camera on life at this margin of Cuban society. The resulting collection of black and white images – first exhibited at the Provincial Centre of Fine Arts and Design in Havana in 2006 – offers a penetrating glimpse into what, in a companion essay, the Cuban poet, playwright and journalist Norge Espinosa Mendoza calls “the secret tradition of Cuban gays” (p. 18). Studying the images more than two years after they were first shown, Espinosa writes: “When I see the portraits now I under- stand the looks in the eyes – which a fragile time on the wall makes eternal – form a map of what those lives were, a map of desires that can serve as a hidden guide” (p. 7).

Salari is hardly the first visual artist to explore the evocative universe of Cu- ban homosexuality. Indeed, recent representations of gay Cuba have come to occupy a special niche in the cultural imagination of the wider world, and a number of works engaging in the theme have gained critical and popular acclaim. Tomás Gutiérrez Alea’s hugely successful 1993 film Fresa y chocolate is just one example. Yet as Espinosa’s intima- tion of secrets and mystery suggests, many of these mainstream projects fail to plumb beyond stereotyped spaces of erotic tension and political intrigue where drag queens stage beauty pageants at fabulous underground fiestas. To Espinosa, who owns a singular perspective as both critical commentator on and subject of Salari’s lens, the result is all too often mere artistic voyeurism, a cynical, unwelcome gaze that provides little deeper insight into the lives of the majority of Cuban gays (p. 22).

Salari’s work rejects this ideal of exotic otherness to focus instead on the more mundane, day-to-day aspects of gay life in the impoverished, improvised space-time of 21st-century Cuba. As in the exhibition, the images in Faces are divided into two the- matic sets. The largest of the two, entitled Faces, comes at the end and is comprised of portraits of artists, writers, poets, musicians, academics and filmmakers, many of whom are gay or otherwise work to “fill some vacuums that other cultural discourses have si- lenced” (p. 114). These are public, if not celebrity figures who have been simultaneously embraced and demonized, revered and ostracized as they judiciously navigate a cultural landscape rotted through by “discrimination and contempt” (p. 20). In his essay, en- titled “A Map of Desires,” Espinosa writes of these figures – his fellow “creators”– by name, and their portraits appear alongside short biographical sketches, descriptions of their work that serve as testimonials to a certain status and hard-won legitimacy. Few are household names, even inside Cuba, but through their works they have earned the right, the possibility at least of public voice.

The figures in the photographs of the opening section, Bodies and Personas, have no such luxury. As in Faces, all of the photographs in this section are posed, but these were taken among the rundown rowhouses, backstreets and featureless rooms in Havana where the subjects live and work. They depict a poignant normalcy in which the sparse surroundings speak to an almost claustrophobic sense of distance and isola- tion – a young woman sits rigid on a bed, her eyes empty and emotionless, as a figure in white – a Santeria priest? A lover? A doctor? – rubs lotion on her chest; two transvestites lean against a wall looking nowhere in particular; an angelic face is cleaved in two by the frame of a folding mirror. These images convey a position of outsiderness even within a wider community of marginalization. Not so much as a name, date or mention of place accompanies their portraits. Yet they, too, as Espinosa notes, are artists in their own right, masters in the art of survival.

What connects the two sets of images is a shared and very powerful sense of being, a palpable statement of presence that is made more dramatic by the fact that in many of the photographs the subjects simply stare off the page. They gaze outward, as if toward a wider world that exists only in the distance, beyond some unseen horizon out a bedroom window, an apartment door, the frame of a photograph.

At first this seems casual, perhaps even accidental or a stylistic quirk. But the longer one contemplates Salari’s images a purposeful narrative of individuality and ex- pression emerges. “Cubans’ only real possession is the bodies that invariably accompany them,” Espinosa notes (p. 8). There is a collective agency and ownership in the act of posing, and Salari’s subjects have seized it. They may be looking somewhere else, toward a world of possibility that they both mimic and reject, but their gaze is deliberate and their message is as strikingly simple as it is clear: We are here, we exist, and we are Cubans, too.

This entry was posted in Book Reviews, Cuba. Bookmark the permalink.