A conversation with Babak Salari

Last week, I had the chance to sit down with Babak Salari, a very talented photographer and a very dear friend of mine, to talk about his Afghanistan project, which has recently been published by Janet 45.

The first book launch for Remembering the People of Afghanistan, will be May 1st at 7:00 pm at Gallery Mekic in Montreal. If you are around go check it out. 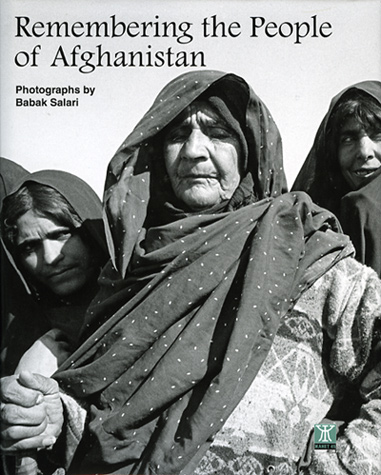 Babak Salari, native of Iran, is a Montreal based photographer and educator who chronicles lives at the margins of society. At the age of twenty-one, his political activities resulted in his imprisonment for six months by the Khomeini regime (in Iran). Upon his temporary release from jail, he fled to Pakistan and, a year later, arrived in Canada where he resumed his study and practice of photography.

What year were you in Afghanistan? And how long where you there?
I went to Afghanistan in 2002, just a few months after the invasion. And I was there for 2 months.

Why did you go to Afghanistan? Was it for a specific project?
It was an assignment for Medecins du Monde Canada. They wanted me to document their medical aid in Afghanistan. But I also had my own personal reasons for going.

What was the project with Medecins du Monde for?
Medecins du Monde wanted documentation of their mobile clinics and where they were active. I decided to also include the refugee camps as a whole for this project. They did not ask for it, but the people who are in the refugees are Afghans. They call them internally displaced people. Those camps were or possibly could be patients of Medecins du Monde, so I documented that as well.

Did you find it easy to photograph?
While working in the refugee camps, I had some assistance fromRAWA (Revolutionary Afghan Women Association). Working with RAWA was easy to have access to camps, schools, clinics and the surroundings areas. I always had somebody from the organization with me and being with Medecins du Monde also helped a lot to have access to the people. There is also a tie with Afghans and Iranians, I consider Afghanistan part of my own culture and background. A long time ago we were the same nation. I speak the language so that helped to communicate with the people there. It was not that difficult and I felt comfortable with the people.

Was RAWA part of the project with Medecins du Monde?
No, there was no connection. I decided to document the refugee camps, so I asked RAWA to help me and they did. 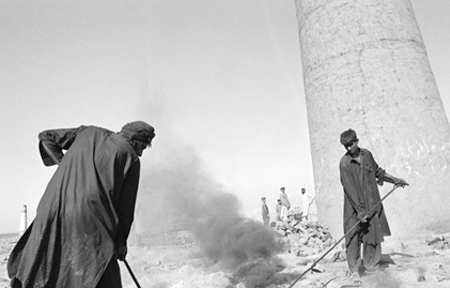 How did the people receive you? and if you went back now, do you think it would be the same?
They received me very well. They were genuinely very helpful and receiving and so warm. I never got so much attention, it was great. Afghan people, despite the fact of war for the last few decades, they are extremely generous and kind. If I went back now, I think it would probably be the same.

What did you want to show with your project, what did you want your images to show?
I wanted to show the reality. I wanted to go beyond showing Afghanistan as a misery and poverty stricken land with war, disaster and destruction. I wanted to show, despite all those things, that people are fighting to live and lead a normal life and that they are proud. I did not want this project to objectify the Afghan people for the need of mass media or news. Basically this project was to raise questions and to show different elements of life in a war torn country.

Do you think the media is hurting the Afghan people?
They do not reflect the reality of the war and they do not reflect what is exactly happening there. There is a double standard. They do not concentrate on the main issue like: Why is this war on? What is the issue of the power there? You know in mass media, we hardly have the real news. Did you know that in 2007 while we spent billions and billions of dollars for military in Afghanistan, 2000 people died of hunger? But that wasn’t an important fact for the news networks. Also the whole issue of the reconstruction of Afghanistan, nobody is talking about one of the main reasons NATO allies invaded Afghanistan. What happened to the re-construction of Afghanistan? How many jobs did they create? How much money did they spend on the real reasons for entering into Afghanistan? I think the media only talks or writes about the issues that people want to hear.

At the end of your book, you’ve written a couple of pages about Afghanistan and your project. There are stories which you write about the horror and events that happened to some of the people you met. Knowing those stories and seeing the poverty and the misery, how did you keep going? What drove you to keep shooting and to keep documenting?
It was much easier at the beginning of the project. But at one point, I think it got to my soul and I couldn’t continue. It was at that point that I felt there was a limitation with my medium (photography) and my ability as a photographer. I couldn’t answer those needs, epically being able to communicate directly with the people, without anybody translating, it was affecting me really, really hard. 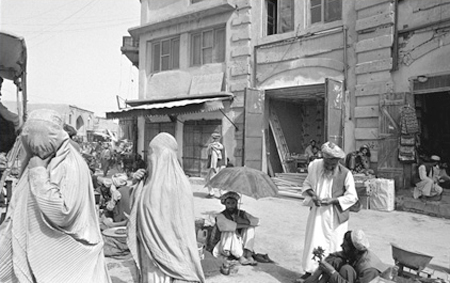 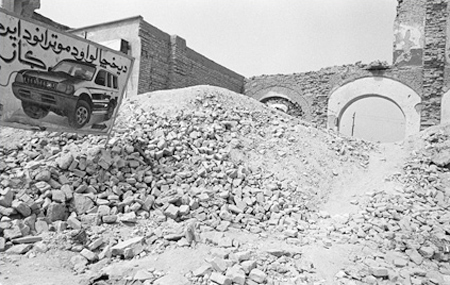 You said at the beginning of our conversation that part of this project was for personal reasons. Can you share those reasons?
Well, Afghanistan borders Iran and I think there was a need after 20 years of being in the west to get closer to home. I consider Montreal home but I felt that there was something that was calling me. I think that this was a reconciliation between me and my first home. I was very close to the borders of Iran but yet I was so far because I couldn’t go back to the country because of my political exile. What was really nice is that I was able to see my parents. They came and stayed with me in Afghanistan. This way a very big turning point in my life, because of my parents visit I felt that I was home. With all these emotional events, it was important to make Afghanistan a very personal project.

This was the last time Babak was to see or talk to his father. He passed away a couple years after their meeting. Remembering the People of Afghanistan is dedicated to his father and his family.

You were a political activist. Now, your work continues to focus on the rights of people at the margins and the turmoil of today’s society. So are you a lover or a fighter?
I could say I am a fighter but that’s just because I have lots of love in my heart for the things that I fight for.

What are you working on now?
I’m working on a book, which is a new project, with writer, journalist, cultural activist, Diana Ivanova from Bulgaria. The project is a look at the north-west part of Bulgaria, a kind of portrait of transformation from old system to new system. I also am working on a very personal project called the Colour of my Dreams. 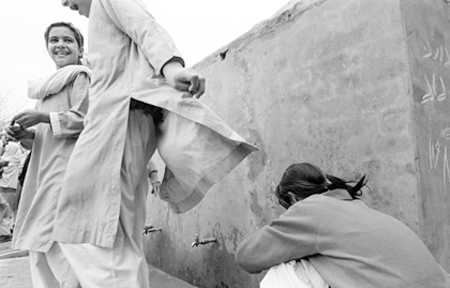 Janet 45 is a Bulgarian based publishing house. So how has the book been received in Canada and in Eastern Europe?
The book has been published less than a month ago, so it hasn’t been distributed in Canada yet. In Bulgaria they have already started to talk about the book and there has been some interviews. This is not an exotic book, it’s very specific in theme so we’ll have to see what happens.

Are there any travels or exhibits for the book in the near future?
I’m leaving soon to go back to Bulgaria, there will be a couple of book launches in May and June. The book will also be in the Balkan book fair in October and the closet event is a book launch in Montreal May 1st.

This entry was posted in Afghanistan, Book Reviews. Bookmark the permalink.